Kailashahar is a nagar panchayat town, the heardquarters of the Unakoti district in the Indian state of Tripura located along the Bangladesh border.

Kailashahar has been a city with a rich cultural and social hermitage that has extended over the centuries, however in recent times with the emergence of other cities the fame of this temple city remains forlorn for along point in time. Of recently this glorious legacy and hermitage has returned back to the city courtesy the efforts of tourism.  Kailashahar Tourism offers simplicity still remains the pertinent character of the temple city and the main temple destinations and the flocking tourists bear testimony to this besides. Besides this there is also the a very strong concentration of other religions as well.

This temple city is located on international boundary of Bangladesh.  As mentioned this place has grown over the years as a tourist destination and as such as also regained its repute. Hence the main tourist attraction of this town is undoubtedly the temples. The rock cut medieval temples of Kailashahar cut from rock seeing flocking of tourists both believers and non believers alike. The reason for visiting them is aire for religious ambience and fervor that is the common sentiment shared by  all who visit. The most famous temple in this list is the Rangauti, Choudoo Devotar Mandir.  There are number of temples devoted to almost 14 deities and can virtually be called the temple city of the east. The festival of Kali Pooja is celebrated with religious fervor and pomp. Apart from temples there are also a mosque in the town.

Kailashahar is geographically located in the tropical zone and experiences tropical conditions. Summers are warm and the temperature can actually soar and monsoons are also very extensive. The best time to visit Kailashahar is from October to May.

Kailashahar has retained prominence because of the temples and the tourist that flock to this place in search of solace and solitude and most of all divine intervention.  This has slowly and steadily emerged as a favored and loved tourist destination.

Located in the north-east region, Kailashahar is a town and headquarters of North Tripura District in the state of Tripura. It is situated along the border of Bangladesh. Kailashahar has a history dating back to the 7th or 9th century and is associated with Unakoti, which is famous for the rock cut and stone images. The descendant of King Jujhar Fa, who started the Tripuri calendar, was a disciple of Shiva and prayed for him on the banks of River Mau in Chhambulnagar. It is also believed that Chhambulnagar was the earlier name of Kailashahar. Some people also believe Har, that is Shiva, lives in Kailash, mountain, and so the place was named as Kailash Har, which was then changed to Kailashahar. Though a small town, tourists can have a glimpse of the cultural diversity of the town. Hinduism, Islam, Buddhism and Christianity are the prominent religions followed in the destination. Tourists can be a part of the religious festivities of Kailashahar, when Durga Puja and Kali Puja are celebrated during the months of September and October. Unakoti and Lakhi Narayan Bari along with tea estates are the major attractions of the destination. Trekking is a major activity in Kailashahar. Kailashahar has a tropical climate throughout the year and the best time to visit is during the months of October and November. The airport nearest to Kailashahar is in Agartala, which is connected with various cities of the country including Imphal, Kolkata, Ahmedabad, Guwahati, Silchar, New Delhi and Mumbai. Those travelling by trains can reach Kumarghat Railway Station, which is closest to Kailashahar.

Must See Places in Kailashahar, India 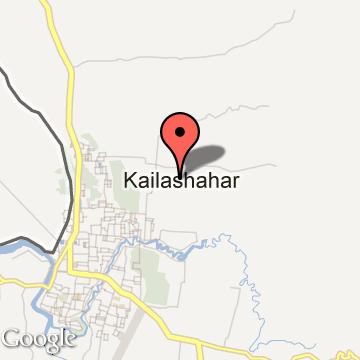