What seems to be a sleepy town, steamrollered by the more dynamic metropolis of Kuala Lumpur, Kuala Selangor retains some memories of its glorious past and the charms of an old life that is still alive and well in certain pockets.

67km southeast of KL, Kuala Selangor began as a small settlement inhabited by the Bugis people who sailed from Indonesia and settled on the estuary. Before interference from Malay Sultans and rulers from other states, the settlement lived in peace and tranquillity under the guidance of a female leader called Upu Chendera Burung.

Suchadoration the villagers had for their leader they vowed to elect only leaders of Bugis origin to replace her in her time of death - believing that only a Bugis leader can lead them into a better life. For a time after Upu Chendera Burung's death, no suitable candidate came forth to take the seat as the village head. Ambitious individuals came from Perak, Kedah, Thai, Pahang etc. to contest for the village head position. Failing to claim the seat, and already having travelled from afar and perhaps too proud and foolish to admit defeat, they decided instead to open up areas around the vicinity for themselves. Hence, evolved the names of nearby villages such as Kampung Kuantan, Kampung Kedah and Kampung Siam.

A strategic location, Kuala Selangor prospered during the early years of the 14th century. Brisk trading with seafarers and trade merchants made the town a household name and an important docking point. Trading route maps of the early Chinese merchants indicated the locations of the Klang River and the Selangor delta. It was believed that these were the maps used during the days when Admiral Cheng Ho (1405-1433) was sent to Melaka by the Ming Emperor to seal diplomatic relationships with the Malay rulers for a safer trading route.

So, having established the strategic importance of the delta, as with all strategic locations comes with a jostle for power. Kuala Selangor went through a series of transitions. Great battles were fought, blood of foreigners and locals alike were spilt for the sake of economic and political standing.

Today Kuala Selangor caters largely to tourists coming this way enroute to Kelip-Kelip at Kampung Kuantan or local travellers on a trail of seafood binging. Kuala Selangor town is not particularly big and one can easily walk around without a map or a guide. There are a number of cheap food outlets and a couple of fast food joints. It is also possible to walk to the Kuala Selangor Nature Park and Bukit Melawati for a visit.

Kuala Selangor is an old royal capital of Selangor. It was conquered by the Dutch in 1784, when they successfully attempted to expand from their base in Melaka to control the tin trade of Perak and Selangor.

Bukit Melawati is a hill overlooking Kuala Selangor and the Strait of Malacca. The Dutch destroyed the existing fortifications on the hill during their 1784 invasion, and built a European-style castle, naming it Fort Atlingsburg after their commander. The fort was fought over repeatedly by the Dutch, Sultanate of Selangor and later the British, until all that remains today are some scattered ruins.

Taman Alam Kuala Selangor (Kuala Selangor Nature Park) is a forest reserve with an area of 2.4 square kilometres just outside town on the estuary of the Sungai Selangor river. It is known for its mangrove swamps and variety of birds. There is also a firefly park in Kuala Selangor which allows visitors to go in a boat along the river to see the fireflies. A restaurant is located outside the Firefly Park for convenience. 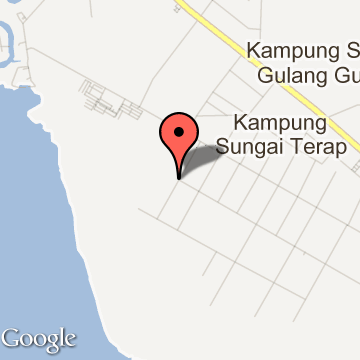