Bangkok is the capital, largest urban area and primary city of Thailand. Known in Thai as Krung Thep Maha Nakhon, meaning "city of angels" for short, it was a small trading post at the mouth of the Chao Phraya River during the Ayutthaya Kingdom. It came to the forefront of Siam when it was given the status as the capital city in 1768 after the burning of Ayutthaya. However, the current Rattanakosin Kingdom did not begin until 1782 when the capital was moved across the river by Rama I after the death of King Taksin. The Rattanakosin capital is now more formally called "Phra Nakhon" pertaining to the ancient boundaries in the metropolis' core and the name Bangkok now incorporates the urban build-up since the 18th century which has its own public administration and governor.

Since its inception as the capital of Siam, it was a target of European colonial plans, but due to its strategic location in Indochina, it acted as a buffer-zone and brokered power between the European forces. Through this, it gained notoriety in the world as an independent, dynamic and influential city. And in the span of over two hundred years, Bangkok has grown to become the political, social and economic centre of Thailand, Indochina and one of Southeast Asia.

As a direct result of the 1980s and 1990s Asian investment boom, numerous multinational corporations base their regional headquarters in Bangkok and the city has become a regional force in finance and business. Its increasing influence on global politics, culture, fashion and entertainment underlines its status as an Alpha global city. In 2009, it was the second most expensive city in South-East Asia behind Singapore.

The city's wealth of cultural landmarks and attractions in addition to its notorious entertainment venues has made it synonymous with exoticism. Its historic wealth coincides with its rapid modernization, reflected in the cityscape and the urban society. The Grand Palace, Vimanmek Palace Complex, its thousands of temples, and the city's notorious red-light districts combine draw in 11 million international visitors each year, trailing just Paris and London.

Must See Places in Bangkok, Thailand 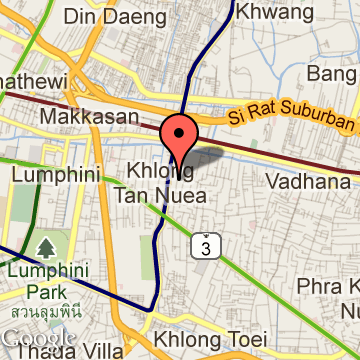