Miri is the 2nd largest city in Sarawak and has a population of 300,000 people with a mixture of Chinese, indigineous tribes who have moved down from their native lands that have been logged, and Malays (mostly immigrated to Miri by way of government postings or from forefathers emigrating from Brunei).

Miri is Sarawak and Malaysia’s first Oil producing area. Oil was first officially recorded in 1882 by Claude Champion de Crespigny, the British Resident of the Baram district in Sarawak. The locals had been using this black substance long before, collecting it for medicinal use, for waterproofing of boats and for lighting oil lamps. It was not until 1910 when the first oil company moved in to exploit its wealth.

Sarawak Shell were given the sole rights to mining oil in Miri until 1954 when the onshore oilfields dried out and exploration turned to the rich oil wells located in the seedbeds. Today, the oldest Oil Well in Miri is a reminder of the humble beginnings of Sarawak and more appropriately, Malaysia’s dependence on this commodity that has made the country what it is. The oil well is affectionately called ‘The Grand Old Lady’ and is located on Canada Hill. According to local myth, the hill is named such because of a Canadian who relocated in the early years as a recruitment manager, recruiting local and foreign workers as hands at the oil wells that quickly sprung up around the area.

After a productive run with an estimated 660,000 barrels of oil drawn from the oil well, The Grand Old Lady was shut down in 1972. Next to the Grand Old Lady, the Miri Petroleum Science Museum exhibits the history and technicalities of the industry. Miri has not much else to do and so a visit to this museum would be pretty much the highlight of your stay. Imagine highlighting Curtin University as a major tourist destination in the ‘Visit Miri brochure’, that’s really scraping the bottom of the barrel!

For those interested in parks and gardens, there are a total of 14 such locations around Miri locale. Miri also has their share of music festivals with its International Jazz Festival held May annually.

Must See Places in Miri, Malaysia

Miri was elevated to city status on 20 May 2005 and is the ninth city[clarification needed], and its local authority the tenth city council in Malaysia.

The Sarawak state government approved the then Miri Municipal Council's application for Miri to be elevated to a city and concurrently the Council to be upgraded as the Miri City Council on 20 May 2004. The federal government approved its application on 16 March 2005. The Yang di-Pertua Negeri (ceremonial head of state) of Sarawak issued an order on 12 May 2005 for the establishment of the Miri City Council.

The King of Malaysia, Seri Paduka Baginda Yang Di-Pertuan Agong XII issued the instrument for conferment of city status of name Miri City Council on Miri Municipal Council, with full jurisdiction on Miri City on 13 May 2005. The appointments of the mayor, deputy mayor and city councillors of the Miri City Council was published in the Sarawak Government Gazette on 19 May 2005. On 20 May 2005, the official proclamation of Miri City and appointment of Cr. Dato Wee Han Wen as first Mayor of Miri City Council were made at Miri and this was then followed by a celebration. 20 May is now celebrated each year as Miri City Day. 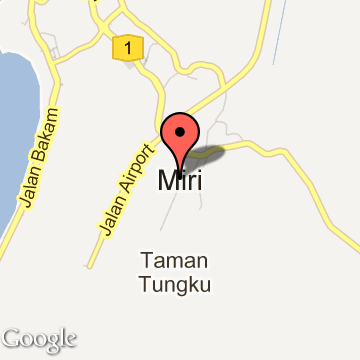