Mukah, Sarawak, Malaysia, is a coastal town which serves as the administrative center of the Mukah District in Mukah Division, Sarawak. It is located by the South China Sea, about 2.5 hours by road from the city of Sibu. Mukah is also accessible by air by MASwings from Kuching and Miri. The duration of both flights is about one hour. There are also express boats connecting the town of Dalat (about 30 kilometers from Mukah) to Sibu. The express boat trip takes approximately 2 hours.

Must See Places in Mukah, Malaysia

Mukah is an ancient trading and fishing port, situated at the mouth of the Mukah River adjacent to the South China Sea. Historically, the town was an outpost of the Sultanate of Brunei. It became part of Sarawak in 1861. It is now the centre of Melanau culture, and the "Pesta Kaul" festival, celebrated by the local fishermen in April to appease the spirits of the sea, is one of the major events of the Melanau calendar. Just beyond the center of town is the Lamin Dana Water Village, which is a Melanau Cultural Center.

The Mukah hinterland was traditionally a major sago producing area. Of late however, most of the predominantly peat swamp areas that dominate the hinterland have been developed into oil palm plantations.

In November 1862, Rajah Mudah James Brooke rescued several civilians from the Moro Pirates after a pitched naval battle off the coast of Mukah. During the fighting, Brooke's steamer named Rainbow sank four prahus and damaged one other with cannon fire. Over 100 pirates were killed or wounded in the engagement while Brooke, and his Sarawakian followers, were mostly unscathed. 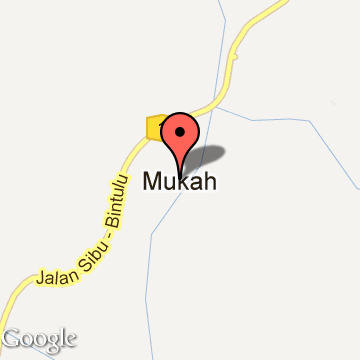