During the 8th century, the town was under the reign of Indra Vallabha Panthya Vasrha Indra Som who belonged to the Rashtrakuta Dynasty. The place was named Indhrapuri after the king. However, with the construction of a railway line between the cities of Secunderabad and Manmad, a new railway station was added – the Nizamabad railway station. The station was named after Nizam-ul-Mulk who was the then ruler of the region. Since Nizamabad was an important railway station connecting Hyderabad with Mumbai, the name of the place was changed from Indhrapuri to Nizamabad.

Nizamabad enjoyed its golden period during the reign of Nizam-ul-Mulk who ruled the region for long years. He was a great patron of art and architecture and consequently built many religious institutions in the area including mosques and Hindu temples.

There are many towns and villages that come under the Nizamabad district including Armuru, Bodhan, Banswada, Kamareddy and many more. Located in the town of Bodhan is the Nizam Sugar Factory that was once known as the biggest such factory in the whole of Asia.


Must See Places in Nizamabad, India 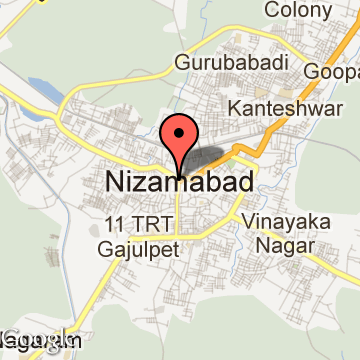