The township of Lara came into existence in the 1850s after the railway line between Geelong and Melbourne was built. A number of subdivisions of farmland for house lots were announced. Lara was originally named Kennedy's Creek but was also known by several other names including Cheddar, Hovels Creek, Swindon, Lara Lake and Duck Ponds. By 1890 the population of Lara had grown to a few hundred and schools and churches were built to service the needs of the local community, although it was not until 1947 that town water was provided.

A major event in the history of Lara was the bushfires of January 1969 that killed 17 people and destroyed homes, cars, and community facilities including a church and a school.

A history of Lara was recently published, From Duck Ponds to Lara - A Collection of Memories which is for sale for $15 at the Lara Community Centre.

Must See Places in Lara, Australia

The explorers Hume and Hovell arrived at Lara on December 16, 1824, believing that they had reached Westernport Bay. They recorded that the Aboriginals described the bay as Jullong and land as Corago, suggesting origins for the names of Geelong and Corio.

The area was originally named Kennedy's Creek but was also given several different names including Duck Ponds, Hovell's Creek, Cheddar, Swindon and Lara Lake. The area of Lara was no more than a few farms at this time.

The railway though the town was opened in 1857 along with the local railway station,  with several subdivisions then announced. A Post Office opened on March 1, 1858 as Duck Ponds (Hovell's Creek in 1872 and finally Lara in 1884).  The population grew to a few hundred by 1890, and several facilities like schools and churches were built, but town water did not extend to the town until 1947.

In January 1969, 17 people were killed in bushfires which ravaged Lara. Most of the victims were trapped by the fast-moving grass fire while travelling on the Princes Highway. 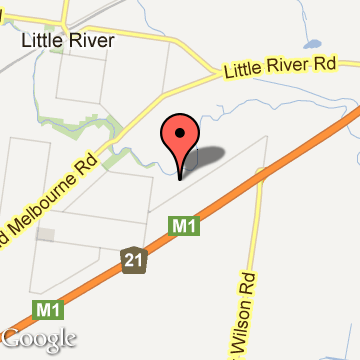