Edinburgh  is the capital of Scotland, the seat of the Scottish parliament and government, the largest city by area and the second largest by population in the country. The City of Edinburgh Council governs one of Scotland's 32 local government council areas. The council area includes urban Edinburgh and a 30 square miles (78 km2) rural area. Located in the south-east of Scotland, Edinburgh lies on the east coast of the Central Belt, along the Firth of Forth, near the North Sea.

The city was one of the historical major centres of the Enlightenment, led by the University of Edinburgh, helping to earn it the nickname Athens of the North. The Old Town and New Town districts of Edinburgh were listed as a UNESCO World Heritage Site in 1995 in recognition of the unique character of the Medieval Old Town and the planned Georgian New Town. It covers both the Old and New Towns together with the Dean Village and the Calton Hill areas. There are over 4,500 listed buildings within the city. In May 2010, it had a total of 40 conservation areas covering 23% of the building stock and 23% of the population, the highest such ratios of any major city in the UK. In the 2011 mid-year population estimates, Edinburgh had a total resident population of 495,360.

The city hosts the annual Edinburgh Festival, a group of official and independent festivals held annually over about four weeks beginning in early August. The number of visitors attracted to Edinburgh for the Festival is roughly equal to the settled population of the city. The best-known of these events are the Edinburgh Fringe, the largest performing-arts festival in the world; the Edinburgh International Festival; the Edinburgh Military Tattoo; and the Edinburgh International Book Festival. Other annual events include the Hogmanay street party and the Beltane Fire Festival. Edinburgh attracts over 1 million overseas visitors a year, making it the second most visited tourist destination in the United Kingdom.

The name "Edinburgh" appears to derive from the Celtic British place name Eidyn, mentioned in a number of medieval Welsh sources. Kenneth H. Jackson argued strongly that "Eidyn" referred exclusively to the location of modern Edinburgh, but others, such as Ifor Williams and Nora K. Chadwick, suggest it applied to the wider area as well.The name "Eidyn" may survive today in other toponyms, such as Dunedin and Carriden (from Caer Eidyn), fifteen miles to the west.

Present-day Edinburgh was the location of Din Eidyn, a dun or hillfort associated with the kingdom of the Gododdin. The modern Scottish Gaelic name "Dùn Eideann" derives directly from the British Din Eidyn; the English and Scots forms are similar, adding the element -burgh, from the Old English burh, also meaning fort. Some sources claim Edinburgh's name is derived from an Old English form such as Edwinesburh, in reference to the 7th century king Edwin of Northumbria. However, modern scholarship refutes this, as the form Eidyn predates Edwin. Stuart Harris in his, "The Place Names of Edinburgh", declares the "Edwinesburh" form to be a "palpable fake."

The first evidence of the existence of the town as a separate entity from the fort lies in an early-12th-century royal charter, generally thought to date from 1124, by King David I granting land to the Church of the Holy Rood of Edinburgh. This suggests that the town came into official existence between 1018 (when King Malcolm II secured the Lothians from the Northumbrians) and 1124. By the 1170s, King William the Lion was using the name "Edenesburch" in a charter (in Latin) confirming the 1124 grant of David I.

Humans have settled the Edinburgh area from at least the Bronze Age, leaving traces of primitive stone settlements at Holyrood, Craiglockhart Hill and the Pentland Hills for example. Local culture was influenced through the Iron Age by Hallstatt and La Tene Celtic cultures from central Europe. By the time the Romans arrived in Lothian at the beginning of the 1st millennium AD, they discovered a Celtic Brythonic tribe whose name they recorded as Votadini, likely to be a Latin version of the name they called themselves. At some point before the 7th century AD, the Votadini or the Gododdin, who were probably their descendants, built a hillfort known as 'Din Eidyn or Etin almost certainly within the bounds of modern Edinburgh. Although the location of the Din Eidyn or Etin hillfort has not been identified, scholars have postualted that it may have been on the Castle Rock, Arthur's Seat or the Calton Hill.

The Angles of the Kingdom of Bernicia had a significant influence in what would successively be Bernicia, Northumbria, England and finally South-East Scotland, notably from AD 638 when it appears the Gododdin stronghold was besieged by forces loyal to King Oswald of Northumbria. Whether or not this battle marked the passing of control over the Etin hillfort from the Brythonic Celts to the Northumbrians, it was around this time that the region of Edinburgh passed to the Northumbrians. Though far from exclusive (cf Picts and Scots), this influence continued over three centuries. It was not until c. AD 950 when, during the reign of Indulf, son of Constantine II, the city, referred to at this time in the Pictish Chronicle as 'oppidum Eden', fell to the Scots and finally remained under their jurisdiction. During this period of Anglo-Saxon rule in what is now south east Scotland, when the city's name gained its Germanic suffix, 'burgh', the seeds for the language we know today as Scots were sown.

By the 12th century Edinburgh, founded upon the famous castle rock, the volcanic crag and tail geological feature shaped by 2 million years of glacial activity, was well established becoming one of the earliest Scottish Royal Burghs. Founded in the mid 12th century, a separate Burgh of regality, known as the Canongate and held by the Abbey of Holyrood, developed to the East. Through the late medieval period, Edinburgh grew quickly and continued to flourish economically and culturally through the Renaissance period. It was at the centre of the 16th-century Scottish Reformation and the Wars of the Covenant a hundred years later.

In 1603, King James VI of Scotland succeeded to the English throne, uniting the two kingdoms in a personal union known as the Union of the Crowns. Scotland remained a sovereign kingdom with the Parliament of Scotland in Edinburgh. King James VI progressed to London where he established his court, maintaining his rule in Scotland through his Privy Council which merely received his written instructions and executed his will. Despite promising to return every three years, he returned to Edinburgh only once, in 1617.

Disputes between the Presbyterian Covenanters and the Episcopalians in 1639 led to the Bishops' Wars, the initial conflict of the Wars of the Three Kingdoms. During the Third English Civil War Edinburgh was taken by the Commonwealth forces of Oliver Cromwell prior to Charles II's eventual defeat at the Battle of Worcester.

In 17th-century Edinburgh a defensive wall, built in the 16th century largely as protection against English invasion following James IV's defeat at the Battle of Flodden and hence named the Flodden Wall, still defined the boundaries of the city. Due to the restricted land area available for development, houses increased in height instead. Buildings of 11 storeys were common and there are records of buildings as high as 14 or even 15 storeys, an early version of the modern-day skyscraper. Many of the stone-built structures can still be seen today in the Old Town.

From early times, and certainly from the 14th century, Edinburgh (like other royal burghs of Scotland) used armorial devices in many ways, including on seals. In 1732, the 'achievement' or 'coat of arms' was formally granted by the Lord Lyon King of Arms. These arms were used by Edinburgh Town Council until the reorganisation of local government in Scotland in May 1975, when it was succeeded by the City of Edinburgh District Council and a new coat of arms, based on the earlier one, was granted. In 1996, further local government reorganisation resulted in the formation of the City of Edinburgh Council, and again the coat of arms was updated.

During the Jacobite rising of 1745, Edinburgh was briefly occupied by Jacobite forces before their march into England. Following their ultimate defeat at the Battle of Culloden, near Inverness, there was a period of reprisals and pacification, largely directed at the Catholic Highlanders. In Edinburgh, the Hanoverian monarch attempted to gain favour by supporting new developments to the north of the castle, naming streets in honour of the King and his family; George Street, Frederick Street, Hanover Street and Princes Street, named in honour of George III's two sons.

The city was at the heart of the Scottish Enlightenment. Celebrities from across the continent would be seen in the city streets, among them famous Scots such as David Hume, Walter Scott, Robert Adam, David Wilkie, Robert Burns, James Hutton and Adam Smith. Edinburgh became a major cultural centre, earning it the nickname Athens of the North because of the Greco-Roman style of the New Town's architecture, as well as the rise of the Scottish intellectual elite who were increasingly leading both Scottish and European intellectual thought.

In the 19th century, Edinburgh, like many cities, industrialised, but did not grow as fast as Scotland's second city, Glasgow, which replaced it as the largest city in the country, benefiting greatly at the height of the British Empire.

The Scotland Act 1998 which came into force in 1999 established a devolved Scottish parliament and Scottish Executive, both based in Edinburgh responsible for governing Scotland, with reserved matters such as defence, taxation and foreign affairs remaining the responsibility of Westminster. 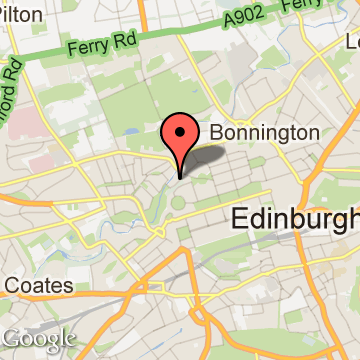