Ipoh is the state capital of Perak, on the west coast of peninsular Malaysia. The name Ipoh originated from a local tree known as the pokok ipoh. This particular plant is known for its tree sap, which is poisonous and was traditionally used by the Orang Asli (aboriginal people) in their blowdarts. Ipoh is also known as san seng which means "city surrounded by mountains" in Cantonese.

Ipoh is located in the rich tin bearing valley of the Kinta River. It grew up as a mining town. For that reason, Ipoh's growth has stagnated ever since the development of the country and the closure of the tin mines. This stagnation has prompted many residents to move to other parts of Malaysia, particularly Kuala Lumpur. Ipoh has since been called a dead city and a good retirement city. In spite of this, Ipoh still remains one of Malaysia's largest cities, with a population of 637,200 (2004) and urban area population of 798,800 (2004), placing it in the top five cities in Malaysia by population.

Ipoh's food is famous, and comparable to that from Penang. Many people, some from as far as Singapore, actually travel to this city just to taste its variety of great food. There are numerous dishes worthy of gluttons but visitors to Ipoh should make it a point to taste the local fare. Chances are the cuisine here is more varied and likely to be tastier than many other places in Malaysia.

Must See Places in Ipoh, Malaysia 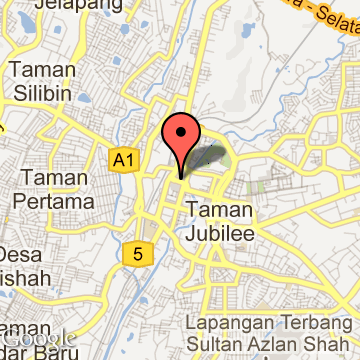