Kuala Kangsar is the Royal Town of the Sultanate of Perak, Malaysia. It is located where the Perak River makes a sharp bend. Located on the western bank of the Perak River, at the confluence with the Kangsar River, Kuala Kangsar is a beautifully preserved town that is worth exploring, especially for heritage enthusiasts. Within Kuala Kangsar are some of the most charming palaces and mosques in Malaysia.

The site must have had a strange effect on Sultan Yusuf Sharifuddin Mudzaffar Shah of Perak who ruled from 1877 to 1887. Unlike many rulers who protected their royal palaces and strongholds by selecting their vantage points carefully where they could detect enemy approach from afar, the Sultan had his first royal palace built beside the riverbank. He then named it 'Istana Sri Sayong'.

Apart from being exposed to the impending threat of invasion, the other problem was the force of monsoon seasons, which led to numerous flooding as water gushed down from the jungles above through the many tributaries. The name Kuala Kangsar is believed to be derived from 'Kuala Kurang-Sa', which literally means '100 minus (-) one', usually interpreted as 'the 99th small tributary to flow into the Perak River'.

One flooding was so severe, it almost swept the palace away. Finally, after the Big Flood or Air Bah in 1926, it was decided to move the place further up onto the knoll where stands the current Royal Palace named Istana Iskandariah with its Art-Deco architecture, a rare but significant piece of architectural milestone in Malaysia.

The Sultan of Perak officially resides in Kuala Kangsar, and it has been Perak's royal seat since the 18th century. It is one of four towns that plays a role in Perak's complex succession system. It was the administrative seat of the first British Resident in the Malay Peninsula, James W.W. Birch, from October 1874 until he was murdered on November 2, 1875.

Kuala Kangsar is also known in Malaysian history as the site where the first Conference of Rulers, the Durbar, was held in 1897. By the 1890s, the growth of the tin mining towns of Ipoh and Taiping had eclipsed Kuala Kangsar, but it remains to this day one of the most attractive of the Malay royal capitals.

The town is also the site of the first rubber tree planted in Malaysia. The person responsible was the English botanist Henry Nicholas Ridley. He was the one who helped Malaya and eventually Malaysia become the largest rubber producer in the world. The tree still stands today. 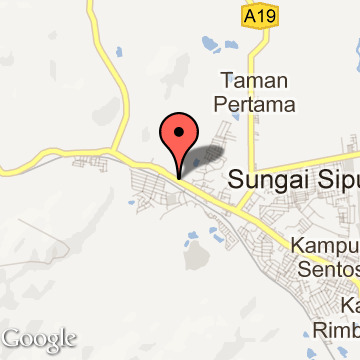