Monday to Friday (excluding Public Holidays), 9am to 6pm.

Singapore, known as the Lion City, is a fascinating blend of pan-Asian cultures, ethnicities and cuisines, exquisite natural beauty and fine British colonial architecture. Above all, it is a high-tech modern city where Asian traditions eagerly embrace both the benefits of global tourism and the challenges of tomorrow.

The gleaming skyscrapers that tower over Singapore shield a plethora of Chinese and Hindu temples and Islamic mosques that stud this multicultural city, whose origins were defined by mass immigration from across Asia in the 19th century.

A curious blend of ancient and modern, Singapore is home to an ethnic mix of Chinese, Malays and Indians, as well as expats from all over the world, in a predominantly English-speaking society.

From its world-beating Changi Airport to its superb museums, tourism facilities, heritage architecture and natural attractions, Singapore is a beacon of efficiency, cleanliness and high technology.

Add in a constant flow of festivals and events in the ethnic quarters of Chinatown, Little India and Kampong Glam, and the result is one of Asia's most compelling tourism destinations, and one of the most diverse and delicious culinary scenes on the planet.

The Portuguese arrived in the region early in the 16th century, taking Melaka (on west coast of the peninsula) as their trading port. The Dutch followed, as did the British, and it was the latter nation which took an interest in Singapore following the end of the Napoleonic Wars in 1818.

Under plans drawn up by Sir Stamford Raffles, Singapore was to be turned into a major port alongside Melaka and Penang (also on the Malaysian peninsula) – both of which were by then under British control. Although he spent little time in the city, his decisions – such as dividing the city along ethnic lines – were crucial to its development.

Under the British, Chinese and Indian immigrants flocked to Singapore. Living conditions were often dreadful, but there was money to be made and the city became known for a work ethic which is evident to this day. As in the other Straits Settlements, Melaka and Penang, a mixed-ancestry community (known as Peranakan) arose after Chinese men married with local women.

WWII saw disaster befall the city, which fell to the Japanese army much to the dismay of Singapore’s colonial rulers. Conditions under the occupation were harsh, for POWs and civilians alike; thousands of Chinese inhabitants were executed.

After the Japanese surrender, British rule was re-established but the colonial rulers had been shown to be vulnerable. Singapore achieved independence in 1963, initially as part of the Malay Federation but relations with Malaysia were poor and Singapore was expelled in 1965.

Under the leadership of Lee Kuan Yew, who was prime minister from 1959 to 1990 and whose son currently holds the post, the country attracted foreign investment and its economy prospered. The cost of this, however, was the development of a single party political system and a clampdown on dissent; to this day the media suffers a high degree of state control and Singapore has a reputation as a prosperous but rather antiseptic and pettily repressive city-state. In the last few years there has been pressure to relax some of the laws in question, to which the Government has responded in part. Although statistics relating to capital punishment are not released, it is believed that the number of executions has fallen significantly from a high of around 50 per year in the mid-1990s.

In recent years Singapore has taken a more active role in regional affairs, mainly through the Association of South East Nations (ASEAN). This former anti-Communist bloc is now adopting a more wide-ranging role in diplomatic, economic and – since the Bali bomb attacks in 2002 – security affairs. There has been some improvement in relations between Singapore and Malaysia, between whom there are myriad disputes about matters such as access to air space, water resources and territorial boundaries. This thawing of relations has been reflected in the creation of Iskandar Malaysia, a joint project to develop the southern portion of the peninsular around Johor Bahru. 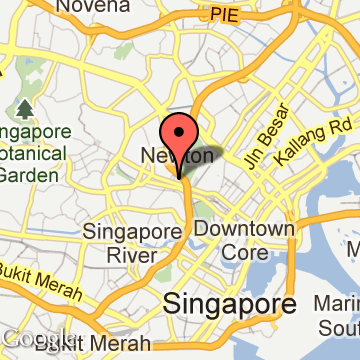