Located on the west coast of Peninsular Malaysia, overlooking the famed Straits of Malacca with which it shares its name, Malacca or Melaka lies between Sembilan and Johor, some 150km from Kuala Lumpur. The city state of Melaka began life as an obscure little village whose residents made their living fishing in the coastal waters and maritime trade with the nearby kingdoms. The 658 sq km city state of Melaka is divided into three main regions - Alor Gajah, Central Malacca and Jasin. A trip to Melaka, as it is now called is a walk down history’s memory lane. The city-state is replete with mosques, temples, medieval fortresses and old ruins that showcase it’s rich past. It has lost its raison d etre as a prominent trading port but still retains a quaint charm. A sleepy city with a slow pace of life, tourists are fascinated and enchanted by the sight of junks winding their way past the waterfront, by tightly packed streets full of old temples, mosques and shops that sell some genuine and plenty of fake antiques.

Must See Places in Malacca, Malaysia

Malacca, in its more famous avatar came into being when an exiled Sumatran prince, Parameswara founded the city sometime between 1376 and 1400 AD. Local legend tells us that Parameswara was out hunting when his discovered his hunting dogs at the receiving end of a fight with a tiny white mouse deer or pelandok. So impressed was the prince with the courage of the tiny deer that he established a city on the very same spot and named it Malacca after the tree under which he rested. As Malacca prospered and grew into a powerful southeast Asian kingdom, it attracted traders from China who paid the king money in order to be allowed to trade in the city. Parameswara had by this time converted to Islam and was now known as the Sultan Iskander Shah. With royal patronage from the Sultan, Islam flourished and became the religion of the Malay Peninsula. By the time Iskander Shah died in 1424, his city had grown into a bustling commercial centre - an international port frequented by Javanese, Indian, Arabs, Persians, Malabarese, Khmers, Thai, Burmese and Chinese sea merchants trading in spices, silks, gold, tea, opium and tobacco. As stories of Malacca’s wealth and prosperity spread in the region, it attracted the attention of Europe’s imperial powers. The Portuguese were the first to arrive led by Alfonso d’Alberquerque and stayed on for more than 130 years, leaving an indelible impact on the cultural and social heritage of Melaka. The Dutch captured Melaka from the Portuguese in 1641 though Djakarta continued to be their base in the Dutch East Indies. The last of the Malacca’s European rulers were the British who ruled here till Malaysia gained its independence in 1957. The different cultural inputs from the many communities who either traded in or ruled over Malacca have given it a multi-ethnic character that is apparent in the architecture, religious tolerance, social traditions and cultural diversity of the city. 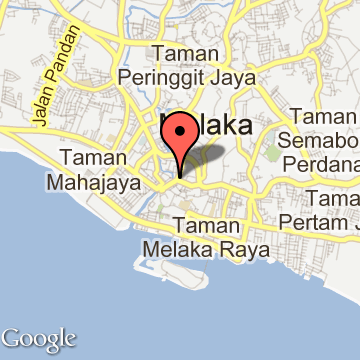