Keningau is a sprawling timber and agricultural town and district located in the Interior Division of Sabah, east Malaysia on the island of Borneo. It is the oldest and largest district in the interior part of Sabah.

Must See Places in Keningau, Malaysia

The name Keningau is derived from that of the Javanese cinnamon tree (Cinnamomun burmannii), or locally known as 'Koningau' which is abundant in the area. The tree is also known as 'Kayu Manis' in Malay and it has also been referred to as the 'king of spice'. The bark of this tree was collected by the British North Borneo Company (Syarikat Inggeris Borneo Utara) to be sold as spice.

Keningau used to be one of the most important administration centres of the British in the early 1900s. The Japanese also made use of Keningau as one of its government centres during their occupation of Sabah in World War II.

The village of Nuntunan in Apin-Apin was known as "44" during British rule. This indicated its distance of 44 miles (71 km) from Tenom, another British administration centre. Nuntunan was also known as "Office", because the British had its office by the Sg Apin-Apin riverbank which was later taken over by the Japanese. When the British returned after the surrender of the Japanese, the remaining Japanese soldiers surrendered at Nuntunan. The locals still believe that the Japanese soldiers had hidden some treasures around the village before their retreat, although this claim has never been properly investigated. Nuntunan, a particularly inaccessible locale, is believed to be the place where the Japanese soldiers hid their shotguns or even their gold treasures. 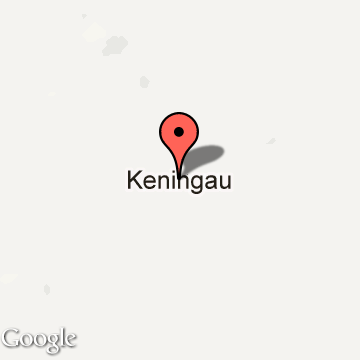