Cardiff (Welsh, Caerdydd) is the capital of Wales in the United Kingdom and is on the south coast of the country. Though it had a reputation of being an industrial city, Cardiff has changed dramatically in recent decades. It is now a lively and modern capital city, gaining popularity with tourists interested in its history and Welsh culture. It is quickly becoming one of the United Kingdom's tourism hot spots. Summer is by far the best time to visit as the city hosts large festivals with al fresco dining and drinking becoming ever more popular due to large areas of pedestrianisation. The city centre has seen huge development over the last decade and is now considered to be one of the top ten shopping destinations in the United Kingdom. Cardiff is a very green city, having the most green space per person in the UK, and this is complimented by Bute Park which sits in the heart of the city. It has a reputation as a city of castles, having 5 different castles within its surroundings. The city's core population stands at roughly 341,000, with 861,000 living in the larger urban area.

Cardiff's history follows its castle which has been occupied for over 2,000 years when the Romans created a fort on the river Taff (where the name may have come from 'Caer' = fort, on the 'Taff'); the fort's original walls can still be seen highlighted around the base of Cardiff Castle's walls. In Medieval times the castle grew, and a small town spread from its south gate, the medieval street pattern can still be seen around High Street. In the 15th century the town was destroyed by the last great Welsh Prince Owain Glyndwr. Successive owners fortified the castle and the town timidly grew, until the industrial revolution when the 2nd Marquess of Bute built the Glamorganshire canal to transport coal from the Welsh valleys through Cardiff's docks. Combined with the later arrival of the railways, Cardiff's population exploded and the docks grew to become the largest coal exporting port in the world. At it's peak, the price of the world's coal was determined at Cardiff's Coal Exchange and the first ever £1,000,000 cheque was written here in 1901 (equivalent to £77,837,000 today). Cardiff was the 3rd largest port of the British Empire resulting in Edward VII granting Cardiff city status in 1905. With the rise of the city's fortunes the Marquis of Bute transformed Cardiff castle into a fairytale gothic palace, donating land to build the truly impressive civic centre which contains the City Hall, National Museum, university and government buildings, all built in elaborate neo-classical Baroque styles out of expensive white Portland stone. Cardiff was lucky not to have its city center heavily bombed like other industrial cities during WWII, and was spared the worst excesses of the post war rebuilding, so a stroll around throws up many contrasts in eras and designs. It may suprise people that Wales (Cymru) did not have a de jure capital until 1955, when Cardiff was chosen as the outstanding candidate as largest city. However, with the post-War decline of coal, the city's docks became increasingly abandoned, and in the 90's the citys transformation began with the building of a barrage to stop the worlds second largest tidal range from revealing dirty mud flats, and creating what is today Europe's largest waterfront regeneration project. The Bay today is a mixture of apartments, sport, leisure and culture and its success has also seen a rejuvination of the city centre, where large scale pedestrianisation and the recent massive St David's redevelopment have created a vibrant city, combining the best of the old, sitting close to modern architecture and amenities. As for the Castle, it was handed over to the people of Cardiff, and is now a major tourist, corporate and cultural attraction, an indication of where the city's future lies. 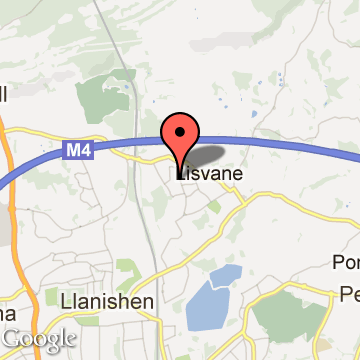