Alor Star / Alor Setar is located in the Kota Setar District, northern Kedah and is the capital of the state. This settlement became the capital in 18th century under the reign of 19th sultan, Sultan Muhammad Jiwa Zainal Adilin Muazzam Shah . The town was originally called Kota Setar until 1943 when it was changed to Alor Star. Alor Star is the administrative capital and seat of the state government and legislative assembly. Located here are the government departments, royal palaces, many heritage buildings, museums and cultural centres. Alor Star is the historical enclave of Kedah.

Alor Star is said to be derived from the words ‘alor’ which mean river channel and ‘setar’, a tree called pohon setar (Bouea macrophylla). The pohon setar grew along the river banks that flows pass the settlement of Alor Star. In the old days, visitors travelling by boat to the settlement would rest under these trees along the riverbanks. Thus the resting place became known as Alor Star. The local Chinese population refers to the town simply as ‘Ketah’ (Kedah).

Alor Setar is located on the northern part of Kedah, about 90km from Butterworth, 60 KM from Sungai Petani and over 250km from Kuala Lumpur. A short drive from Alor Star takes you to Kuala Kedah, where you can take a boat to Langkawi island. There is a domestic airport nearby. 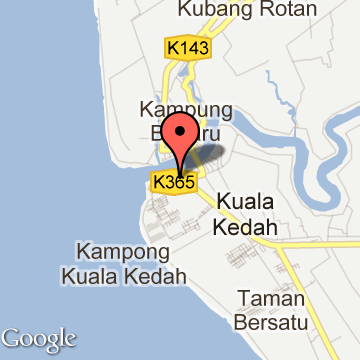