Patna is the capital of Bihar, and the second largest metropolis in eastern India.

Fluxed by the three sacred rivers Ganga, Sone and the Poonpun, the journey of Patna through the ages can quite be an object of envy for any place brooding over its life-chronicle. The city tweets of a glorious past and perches on the briskness of a bustling and an up-and-coming metropolis. Legend has it that a sanctified Ganga had watched with reverence as a hallowed Buddha blessed this place to be a realm of great Kings and their Empires. Belonging to the blue family of cities with a royal heritage,it is the land where the greatest emperors of India walked, and where the greatest saints chose to preach. Guru Gobind Singh, the 10th Sikh Guru was born here. For anyone with a taste for history and religion, this place flies high.

Today, it has become one of the fastest growing cities of India. With real estate booming at a dizzying pace, shopping malls, theaters, new businesses, food joints it carries all ingredients for a lively city life, and a tourist haven-to-be.

Must See Places in Patna, India

The ancient name of Patna was 'Pataliputra' and it was the capital of the Maurya and Gupta empires. Located at the site where Patna is today, the ancient city of Patliputra, with a glorious period of history spanning a thousand years (500BC-400AD), saw the rise and fall of India's first major kingdoms.

Ajastshatru, second in line of the Magadh Kings, built a fort at Pataligram on the banks of the Ganges river. This later became the famous Mauryan metropolis of Pataliputra and was ruled by Chandragupta Maurya and his grandson Asoka, acclaimed for the spread of Buddhism across India. Other emperors who ruled from Pataliputra were the Gupta and Pala Kings, Shershah Suri (16th Century) and Azimush-Shan (18th Century), the grandson of Mughal emperor Aurangzeb, who renamed it Azeemabad. Vestiges of this ancient city can be seen at Kumhrar, Bhikhnapahari, Agamkuan, Bulandi Bag etc.

Today Patna is an important business and education centre of eastern India. More significantly, it is a gateway to the Buddhist and Jain pilgrim centres of Vaishali, Rajgir, Nalanda, Bodhgaya, Keshariya and Pawapuri. The growing city of Patna is a great place to visit and a great place to live in.

Lying along the banks of the Ganges River, Patna is surrounded by important religious centers for the Buddhists, Sikhs and Jains. This city has been home to two great religions, Buddhism and Jainism, and myriad dynasties from ancient to modern times. 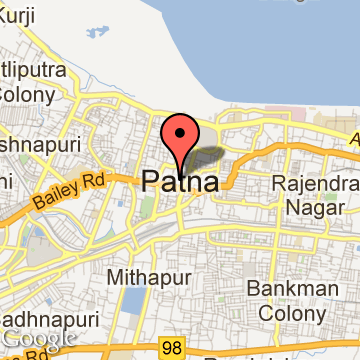