Howrah is a city that is situated in the Howrah district of the state of West Bengal. The city is an industrial center and it known as the sister city of Kolkata. Howrah is situated on the west bank of the Hoogly River. There are a few interesting places that you can visit in the city. You can also opt for a ferry ride on the river and take a day trip to the city of Kolkata.

Howrah is connected to Kolkata by four bridges namely Vivekananda, Vidyasagar, the most popular Howrah and Nivedita. A walk along any one of these bridges is amazing and the views one can catch of the river Ganga, the dhows and ships floating in it are breath taking.

The better aspect lies in the fact that each of these bridges are unique in their own ways. The Vidyasagar bridge or setu is a cable stayed bridge which offers grandeur and height whereas the Howrah Bridge with its complicated network design is a cantilever bridge.

Howrah is situated on the western bank of the Hooghly River in the state of West Bengal, India. Counted among the popular tourist destinations in the country, it is also considered as the twin city of Kolkata. People visit here to view various attractions like Anand Niketan Kirtishala, Howrah Bridge, Indian Botanical Garden and many others. You can also refer to the Howrah Travel Guide to get more information about the city.

Indian Botanical Gardens is home to The Great Banyan, one of the major attractions of the tourists who visit this garden. It is one of the oldest gardens of Kolkata region and was built in the year 1786. History of this district dates back to 500 years. The name Howrah was derived from a village named Harirah. Temples of the city attracts the attention of tourist because of their unique architecture.

Santragachhi Jheel is another attraction where you can find various species of migratory birds. Among the wide species of birds, whistling duck is the popular one that is found there. Apart from sightseeing, you will also find many educational institutes around the city. October to March is considered as the best time to visit Howrah. However, the district has a tropical type of climate throughout the year

Must See Places in Howrah, India 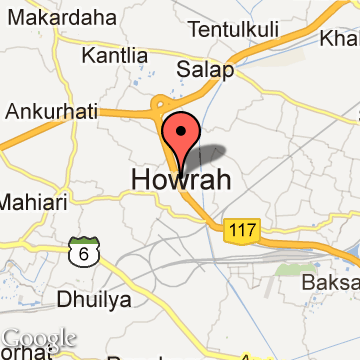