Norwich  is a city on the River Wensum in England. It is the regional administrative centre and county town of Norfolk. During the 11th century, Norwich was the largest city in England after London, and one of the most important places in the kingdom. Until the Industrial Revolution, Norwich was the capital of England's most populous county and vied with Bristol as England's second city.

The urban area of Norwich has a population of 194,839. This area extends beyond the city boundary, with extensive suburban areas on the western, northern and eastern sides, including Costessey, Hellesdon, Bowthorpe, Old Catton, Sprowston and Thorpe St Andrew. The parliamentary seats cross over into adjacent local government districts. 135,800 (2008 est.) people live in the City of Norwich and the population of the Norwich Travel to Work Area (i.e. the area of Norwich in which most people both live and work) is 367,035 (the 1991 figure was 351,340)[citation needed]. Norwich is the fourth most densely populated local government district within the East of England with 3,480 people per square kilometre (8,993 per square mile).

The Romans had their regional capital at Venta Icenorum on the River Tas, about 5 miles (8.0 km) to the south of Norwich next to modern-day Caistor St Edmund. The Roman settlement fell into disuse around 450 AD, and the Anglo-Saxons settled on the site of the modern city from around the 5th – 7th centuries, founding the towns of Northwic (from which Norwich gets its name), Westwic (at Norwich-over-the-Water) and the secondary settlement at Thorpe.[citation needed] According to a local rhyme, Venta Icenorum's demise led to the development of Norwich: "Caistor was a city when Norwich was none, Norwich was built of Caistor stone.

There are two suggested models of development for Norwich. It is possible that three separate early Anglo-Saxon settlements, one on the north of the river and two either side on the south, joined together as they grew or that one Anglo-Saxon settlement, on the north of the river, emerged in the mid-7th century after the abandonment of the previous three. The ancient city was a thriving centre for trade and commerce in East Anglia in 1004 AD when it was raided and burnt by Swein Forkbeard the Viking. Mercian coins and shards of pottery from the Rhineland dating to the 8th century suggest that long distance trade was happening long before this. Between 924–939 AD Norwich became fully established as a town because it had its own mint. The word Norvic appears on coins across Europe minted during this period, in the reign of King Athelstan. The Vikings were a strong cultural influence in Norwich for 40–50 years at the end of the 9th century, setting up an Anglo-Scandinavian district towards the north end of present day King Street. At the time of the Norman Conquest the city was one of the largest in England. The Domesday Book states that it had approximately twenty-five churches and a population of between five and ten thousand. It also records the site of an Anglo-Saxon church in Tombland, the site of the Saxon market place and the later Norman cathedral. Norwich continued to be a major centre for trade, the River Wensum being a convenient export route to the River Yare and Great Yarmouth, which served as the port for Norwich. Quern stones, and other artefacts from Scandinavia and the Rhineland have been found during excavations in Norwich city centre which date from the 11th century onwards.

Norwich Castle was founded soon after the Norman Conquest. The Domesday Book records that 98 Saxon homes were demolished to make way for the castle. The Normans established a new focus of settlement around the Castle and the area to the west of it: this became known as the "New" or "French" borough, centred on the Normans' own market place which survives to the present day as Norwich Market.

In 1096, Herbert de Losinga, the Bishop of Thetford, began construction of Norwich Cathedral. The chief building material for the Cathedral was limestone, imported from Caen in Normandy. To transport the building stone to the cathedral site, a canal was cut from the river (from the site of present-day Pulls Ferry), all the way up to the east wall. Herbert de Losinga then moved his See there to what became the cathedral church for the Diocese of Norwich. The bishop of Norwich still signs himself Norvic.

Norwich received a royal charter from Henry II in 1158, and another one from Richard the Lionheart in 1194. Following a riot in the city in 1274, Norwich has the distinction of being the only English city to be excommunicated by the Pope.

In the early part of the 20th century Norwich still had several major manufacturing industries. Among these were the manufacture of shoes (for example the Start-rite or Van Dal brands), clothing, joinery, and structural engineering as well as aircraft design and manufacture. Important employers included Boulton & Paul, Barnards (inventors of machine produced wire netting), and electrical engineers Laurence Scott and Electromotors.

Norwich also has a long association with chocolate manufacture, primarily through the local firm of Caley's, which began as a manufacturer and bottler of mineral water and later diversified into making chocolate and Christmas crackers. The Caley's cracker-manufacturing business was taken over by Tom Smith in 1953, and the Norwich factory in Salhouse Road eventually closed down in 1998. Caley's was acquired by Mackintosh in the 1930s, and merged with Rowntree's in 1969 to become Rowntree-Mackintosh. Finally, it was bought by Nestlé and closed down in 1996 with all operations moved to York; ending a 120-year association with Norwich. The demolished factory stood on the site of what is now the Chapelfield development. Caley's chocolate has since made a reappearance as a brand in the city, although it is no longer made in Norwich.

HMSO, once the official publishing and stationery arm of the British government and one of the largest print buyers, printers and suppliers of office equipment in the UK, moved most of its operations from London to Norwich in the 1970s.

Jarrolds, established in 1810, was a nationally well-known printer and publisher. In 2004, after nearly 200 years, it passed out of family ownership. Today, the Jarrold name is now best-known and recognised as being that of Norwich's only independent department store.

The city was home to a long-established tradition of brewing, with several large breweries continuing in business into the second half of the century. The main brewers were Morgans, Steward and Patteson, Youngs Crawshay and Youngs, Bullard and Son, and the Norwich Brewery. Despite takeovers and consolidation in the 1950s and 1960s in attempts to remain viable, by the 1970s only the Norwich Brewery (owned by Watney Mann and on the site of Morgans) remained. In 1985 the Norwich Brewery closed, and was subsequently demolished. Small-scale brewing continues in Norwich in "microbreweries".

Norwich suffered extensive bomb damage during World War II, affecting large parts of the old city centre and Victorian terrace housing around the centre. Industry and the rail infrastructure also suffered. The heaviest raids occurred on the nights of 27/28th and 29/30 April 1942; as part of the Baedeker raids (so called because Baedeker's series of tourist guides to the British Isles were used to select propaganda-rich targets of cultural and historic significance rather than strategic importance). Lord Haw-Haw made reference to the imminent destruction of Norwich's new City Hall (completed in 1938), although in the event it survived unscathed. Significant targets hit included the Morgan's Brewery building, Coleman's Wincarnis works, City Station, the Mackintosh chocolate factory, and shopping areas including St. Stephen's Street, St. Benedict's Street, the site of Bond's department store (now John Lewis) and Curl's department store (now Debenhams).

In 1976 the city's pioneering spirit was on show when Motum Road in Norwich, allegedly the scene of "a number of accidents over the years", became the third road in Britain to be equipped with "speed bumps", intended to encourage adherence to the road's 30 mph (48 km/h) speed limit. The humps, installed at intervals of 50 and 150 yards, stretched twelve feet across the width of the road and their curved profile was, at its highest point, 4 inches (10 cm) high. The responsible quango gave an assurance that the experimental devices would be removed not more than one year following installation. 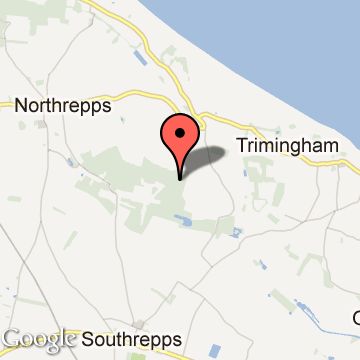