Gaya  is the second largest city of Bihar, India, and it is also the headquarters of Gaya District.

Gaya is 100 kilometers south of Patna, the capital city of Bihar. Situated on the banks of the Phalgu (or Niranjana, as mentioned in Ramayana), it is a place sanctified by the Hindu, the Buddhist and the Jain religions. It is surrounded by small rocky hills by three sides and the river flowing on the fourth (eastern) side. The city has a mix of natural surroundings, age old buildings and narrow bylanes.

Gaya derives its name from the mythological demon Gayasur, demon  and Gaya. Lord Vishnu killed Gayasur, the holy demon by using the pressure of his foot on him. This incident transformed Gayasur into the series of rocky hills that make up the landscape of the Gaya city. Gaya was so holy that he had the power to absolve the sins of those who touched him or looked at him; after his death many people have flocked to Gaya to perform Shraddha sacrifices on his body to absolve the sins of their ancestors. Gods and goddesses had promised to live on Gayasur's body after he died, and the hilltop protuberances of Gaya are surmounted by temples to various gods and goddesses. These hilltop temples at Rama Shila, Mangla Gauri, Shringa Sthan and Brahmayoni are part of the pilgrimage circuit, and grand staircases have been built up to most of them.

Must See Places in Bodhgaya, India

History of Gaya dates back to the enlightenment of Gautam Buddha. About 11 km from Gaya town is Bodh Gaya, the place where Gautam Buddha attained enlightenment. Since then the places around Gaya (Rajgir, Nalanda, Vaishali, Patliputra) had been the citadel of knowledge for the ancient world. These centers of knowledge further flourished under the rule of dynasties like the Mauryans who ruled from Patliputra (modern Patna) and covered the area beyond the boundaries of the Indian subcontinent. During this period, Gaya was a part of the Magadh region. 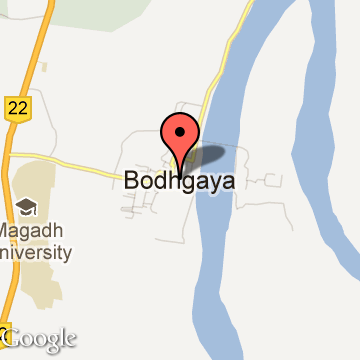