The Malabar Coast is a long and narrow coastline on the south-western shore line of the mainland Indian subcontinent. Geographically, it comprises the wettest regions of southern India, as the Western Ghats intercept the moisture-laden monsoon rains, especially on their westward-facing mountain slopes. The term "Malabar Coast" is also sometimes used in reference to the entire Indian coast from the western coast of Konkan to the tip of the subcontinent at Cape Comorin.

The Malabar region lies along the south-west coast of the Indian peninsula and forms the northern part of present-day Kerala state. Malayalam is the chief language of the region, and the ancestors of today's population have inhabited the region for centuries. Tulu speakers can be found mainly in the northern Kasaragod District. The region formed part of the ancient kingdom of Chera until the early 12th century. Following the breakup of the Chera Kingdom, the chieftains of the region proclaimed their independence. Notable among these were the Kolathiris of North Malabar, Zamorins of Calicut, the Coylot Wanees Country of NorthEast and coastal Ceylon (including Puttalam) and the Valluvokonathiris of Walluvanad. The Zamorin of Calicut became the most powerful of the Kings in the region by the 13th century primarily due to flourishing international trade at Calicut and Beypore port. The region came under British rule in the 18th century, during the Anglo-Mysore Wars.During the British rule, Malabar's chief importance lay in producing pepper. The area was divided into two categories as North and South. North Malabar comprises : Present Kasaragod and Kannur Districts, Mananthavady Taluk of Wayanad District and Vadakara Taluk of Kozhikode District. Left over area in South Malabar.At the conclusion of the Anglo-Mysore wars, the region was organized into a district of Madras Presidency. The British district included the present-day districts of Kannur, Kozhikode, Wayanad, Malappuram, much of Palakkad. The administrative headquarters was at Calicut (Kozhikode). With India's independence, Madras presidency became Madras State, which was divided along linguistic lines on 1 November 1956, whereupon Kasaragod region was merged with the Malabar immediately to the north and the state of Travancore-Cochin to the south to form the state of Kerala. 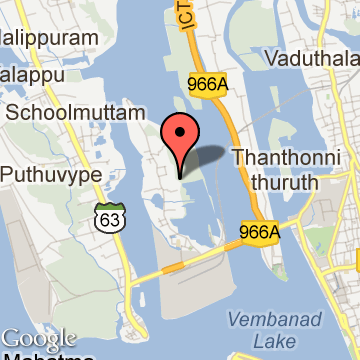