Cavelossim-Mobor is a town located in the district of South Goa, in the state of Goa. Cavelossim and Mobor are the two beaches of the region which is located at the southernmost tip of Salcette beach. Cavelossim-Mobor is also a census town. Located at a distance of around 16 km from the district centre, Cavelossim-Mobor is situated at an average elevation of around 10 feet. The Sal River flows through the region and finally falls into the Arabian Sea, which is located south of the town. Comprising of soft white sand and black lava rocks, the beaches are known for their surroundings and pleasant atmosphere. The Cavelossim Beach lies between the Arabian Sea and the Sal River while the Mobor Beach is few kilometres from the area. The prime attraction of the beaches is dolphin watching, which is carried out on traditional fishing boats. The history of the region dates back to the advent of the Portuguese in 1510, who ruled the region from the 16th to 18th centuries. Thereafter, the region was ruled by Hindu, Muslim and Portuguese rulers over the centuries, which is reflected in the monuments and relics present in the destination. Some of the notable attractions of the region are the various churches, which were constructed by the Portuguese. The Portuguese rule has influenced the culture of the region. Although, the official language of Goa is Konkani, languages such as Marathi and English are also widely spoken by the local people. Cavelossim-Mobor is well connected with all the modes of transportation, including roadways, railways and airways. The nearest airport to reach the destination is Dabolim Airport, which is located at a distance of around 42 km. Margao and Vasco da Gama are the nearest railway stations. Kadamba bus stand at Panaji is the main bus station of the region, which is operated by state owned buses. The weather and climatic conditions of the region throughout the year are pleasant; hence, Cavelossim-Mobor can be visited any time of the year.

Cavelossim is a census town in South Goa district in the state of Goa, India.

The town hosts a well known beach at the southernmost tip of the Salcete beach stretch that starts from Majorda in the north to Cavelossim in the south. The Sal river flows into the Arabian Sea at the south of this town.

This town was the original above of goddess Shri Shantadurga located at Kawlem, which is one of the largest temples in the state. The idol was taken from Cavelossim to Kawlem in Ponda taluka(Antruz Mhal) during the Portuguese inquisition of Goa. Chattrapati Shahu donated money to rebuild the temple at Kawlem, as a part of donations to rebuild various temples to deities that were moved during the inquisition.

Must See Places in Cavelossim-Mobor, India 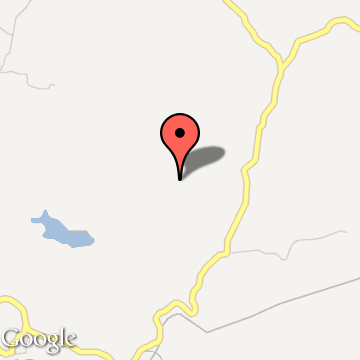