Bhandara district is an administrative district in the state of Maharashtra in India. The district headquarters are located at Bhandara. The district occupies an area of 3890 km² and has a population of 1,135,835 (male 573,184 female 562,651) of which 15.47% are urban (as of 2001). It is fondly called as the 'District of Lakes'. Bhandara has a mixed economy with agriculture, industries and forest resources contributing to it. Bhandara is known for its large production of rice. Tumsar, a tahsil town, is a famous rice market. Bhandara town is also known as 'Brass City' owing to the presence of a large brass products industry. Bhandara has no shortage of tourism spots with several important destinations like Ambagad Fort, Brahmi, Chinchgad, Dighodi etc.

Must See Places in Bhandara, India

The region to the south of the Godavari was inhabited by the aborigines, who are called Rakshasas in the Ramayana where the region is mentioned. Initially the district was included in the seventh century in the territories of the Haihaya Rajput kings of Chhattisgarh whose kingdom was known as Maha Kosala. Bhandara retains some recollection of Hindu kings who ruled from Nagardhan.

The 12th century saw the rule of Ponwars who were subsequently ousted by Gond chiefs who asserted their independence of the Ratanpur dynasty. This was followed by Raghoji Bhonsle of Vidarbha who established himself as the king of Chanda, Deogarh and Chhattisgarh in 1743. In 1755, Janoji was declared as the sovereign of the territory, after the death of his father Raghoji Bhonsle. The two brothers Mudhoji and Rupaji of Raghoji Bhonsle of Hingani-Beradi were contemporaries of Shahaji, the father of Chhatrapati Shivaji and one of the ancestors of the Bhonsles of Nagpur who rehabilitated the village of Beradi was probably the contemporary of Maloji, the grandfather of Chhatrapati Shivaji. After the death of Sambhaji, during the Mughal-Maratha conflict, Parasoji rendered invaluable help to Rajaram who had succeeded to the throne of Chhatrapati. The territories of Gondawana, Devagad, Chanda and Berar from which he had exacted tribute were given to his charge under a grant made in A.D. 1699.

In 1707 after the death of Aurangzeb when Chhattrapati Shahu was released by Muhammad Azam, Parasoji Bhonsle was the first of the Maratha nobles to join him in west Khandesh. 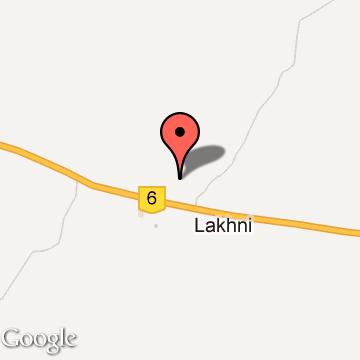